Nikita and her twin sister, Trinity, can usually be found doing anything and everything creative. From arts and crafts to DIY, these twins can tackle any project, and if they make a couple of mistakes along the way, it’s all part of learning. Donate now, so that Nikita can learn from more happy mistakes. 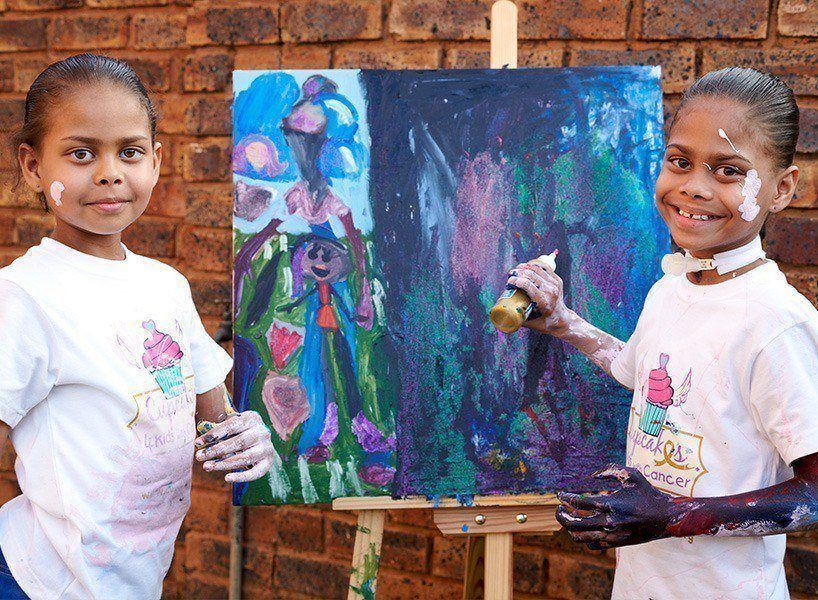 The Naicker family’s path started even before Nikita and Trinity were born. Their mom, Monique, was diagnosed with twin-to-twin transfusion syndrome, a rare pregnancy condition that affects twins. Due to this, they were born premature. Nikita weighed 1.2kg and Trinity was a mere 800g.

Nikita seemed healthy, but it was Trinity who had difficulty breathing – resulting in her having to have a tracheostomy tube inserted in her neck. Monique put on a brave face and took up her new role as, in her own words, a ‘medical parent’. When Trinity turned 7 and was due to have the tube removed, the doctors diagnosed Nikita with Acute Lymphoblastic Leukaemia.

Monique remembers asking, “Why me? Why again? When is my break with my family going to come?”. She cried out and screamed out her anger, but she knew that she had to be brave for her twin girls. With new determination, the family set out to fight Nikita’s cancer together.

Through treatment, Monique found an amazing support group of parents going through the same ordeal. It was a massive help knowing she was not alone, though she also pointed out that there are many families out there who can’t get treatment or that treatment doesn’t always work.

Nikita is now in remission, and Monique prays every day that she stays that way.

Monique remembers feeling defeated. As she said, she thought she and her husband had done everything correctly. They had saved money and paid medical aid, but still nothing prepared them for the co-payments they had to cover. On top of that, Trinity’s existing condition was already a strain on their finances.

Though Trinity doesn’t have cancer, Cupcakes of Hope threw their support behind her as well as Nikita. Apart from the financial contributions they provided to cover the shortfall in paying for treatment, Monique will always be grateful for the emotional support she received from Cupcakes of Hope. Something as simple as a phone call to ask how she and the twins were doing made a massive difference by giving her the strength she needed to carry on for her daughters.

Nikita can always be found nearby the art supplies as her and her sister’s crafting talents grow through trial and error. As for Monique, she’s staying strong and doing what any mom would do to help a sick child.